Dora
FORTNITE
Advertisement
Description: Fortnite is a free multiplayer game from the US Corporation Epic Games. This is a PvP mode for 100 people, of which only one can win. One who will save his character's life and remain the sole survivor. Collect and build up resources, building shelters, or fighting evil enemies is all you can do. Fortnite is a cross-platform, open-world multiplayer shooter game with various modes,
1. Fortnite: Save the world. A cooperative way against zombies.
2. Creative Fortnite. A sandbox where you can build your island. The most exciting and creative will appear in "The Block" on the Battle Royale map.
3. Fortnite: Battle Royale. This kind of genre allows you to place players on the same battlefield in real-time. The main goal is to survive.
Gameplay
Fortnite follows the standard gameplay style of the royal battle genre. The battles involving up to 100 players, or you can play as solo, duets, or four-person squads. Each game is lasting about 20 minutes.
This video game has different conditions when fighting:
1. Playground. Practice mode with unlimited lives.
2. Solo. Individual style, in which you will launch alone from the plane.
3. Duo. In which you will have the help of a partner.
4. Squad. Squad mode, your team will be up to four players.
5. 50 vs. 50. The title says it all: 100 players fight against each other.
Before the fight begins, all heroes jump from parachute to map. Where the random distribution of weapons, protective equipment, and combat support functions occur, the material can also be looted from the defeated characters.
The developers have added building elements to Fortnite. You can crack almost all objects in the game world to get resources (wood, stone, metal). You can use these resources to build your defense during the battle, although these blocks are temporary. It can be used to cross the map, defend against shots, and slow down the progress of other players.
During the game, the safe zone decreases in size. It forces players to meet on the battlefield rather than hiding. Characters found outside the secure area can suffer significant damage.
Fortnite is a free game that gives players free access to relevant content. But players can buy V-Bucks currency through microtransaction support.
Controls
There are several built-in control circuits with the ability to customize them to your liking fully. The power of the game is very natural. Fortnite adds some control settings, but the default options leave much to be desired. This is partly due to the more complex nature of the game, but also specific design features.
For example, to build something in Fortnite, you must first enter construction mode. This will take you out of combat mode, and although you can still shoot. You will not be able to change weapons, reload, or use the scope. Fortunately, the game adds controller support, so any compatible Bluetooth controller should work.
Visual
Fortnite's approach is more cartoonish. Everything is bright and colorful as if you are inside the film. The game has smooth and beautiful graphics. Some weapons are realistic, but others appear to have come out of the Looney Tunes universe.
The game was created on the Unreal Engine 4 engine. So in terms of visual effects, it is the same as the versions for consoles and PCs. The game is entirely free, but it has various items that you can buy for real money. Among other things, cross-games are available here. This means that you can take part in games against other players playing on PC, PS4, Xbox One, iOS, or Android.
Conclusion
Overall, Fortnite is quite an exciting game. There are some surprising elements in it. From the work of the balancer, the landing point, the loot that you will find, in every match depends a lot. Well, the need to have a tactical mindset is also essential. Just run and kill an enemy, of course, you can. But the result will not be the same. I recommend this game to Battle Royale lovers. Fortnite is so far the most popular Battle Royale for smartphones. 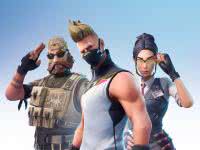 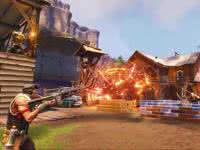 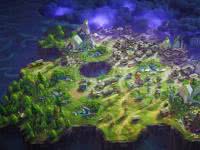 Reviews
I love this game it's so awesome like sonic dash
By Cayden Yates
This game is the best game ever I play on the new xbox.
By Djboy03
I love fortnite sooooooo much! I would play it 24/7 if I could. My name is Flyingdog601
By Flyingdog601
This game is amazing the new update wasn’t much but the dinasours are good so fortnite is the best game and I’ve been playing since season x
By By Holly
I sometimes stay in my room all day playing fortnite its soooooo fun thank epic games im actully playing it right on my ps4 and i also play it on my n switch play it or die
By Paisley
Fortnite is so fun and I started playing in season 1 my user name is corey10EFC if any body cares
By Fortnitegod2028
The game is awsome i cant stop playing
By Chris
Fortnite is the best because you can play with your friends
By Karter
See All Reviews
Advertisement
Hot Games