Dora
Temple Run 2
Advertisement
Description: Temple Run 2 is one of the most popular runners for the android platform released on January 24 2013. Which has collected more than 500 + million downloads worldwide. Run as far as possible while avoiding obstacles and jumping over ravines. And do not forget to collect gold coins and complete the indicated missions.
The gameplay is about running ahead and overcome obstacles in your path. The more you run, the more Well done. Although the game is not so simple. Jumping over abysses and tackles. You will have to turn in the right direction on time. And even go down with suspended ropes. It's not always possible to move on your own. Sometimes you need to go through the mysterious caves on a trolley. At the same time, collecting coins. What will they give? Well, at least various bonuses for more successful overcoming distances. For example, temporary acceleration or automatic collection of the same coins. You turn into a magnet and attract the coins scattered here and there. By the way, one of these superpowers can be made permanent and called up by double-touching the screen.
There are also green crystals. There are few of them, which automatically increases their value. And no wonder - they allow you to revive the poor runner if he was caught by an ancient ghost. By the way, the hero can change his appearance. In Temple Run 2 you are able to choose heroes. But not for free, of course.
In addition to coins and crystals, you also get experience. It is used to perform in-game missions. Such as "run a certain distance" or "activate a certain number of times some ability." The more experience the higher the level of the character. Well, the higher the level, the more abilities you are provided with the discovery.

Graphics
The graphics are significantly improved compared to the original version of Temple Run. Everything has become clearer, and the atmosphere seems more lively and exciting.
The same type of map of the dark Aztec jungle remained in the first part. It is replaced by more colorful celestial locations with castles, waterfalls and caves. The world around you looks much brighter and more fun compared to the previous part.

Control
The controls are almost the same as in the original Temple Run. By tilting the device to the right or left and making sharp turns, jumps and rolls with swipes, you are rapidly moving forward. The longer you run, the faster you get which makes it very difficult to respond on time. In the process, you must collect coins. Use to improve your abilities in the store. Unlock one of the three other available characters, namely Scarlett Fox, Barry Bones or Karma Lee.

Conclusion
Summing up, you can say that the “golden mean” is perfectly observed in the new part. On the one hand, there are no significant changes in the gameplay, which makes it easy to adapt to the game. But at the same time, the outer shell has changed. A lot of nice little things have been added. If you are a fan of the endless running game then Temple Run 2 is the best choice for you. 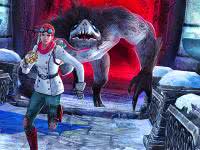 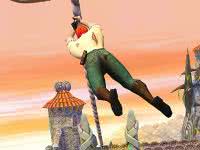 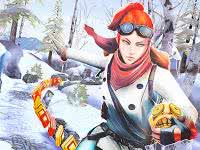 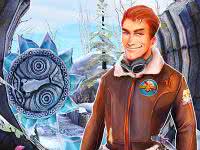