Dora
Captain America: Super Soldier - Xbox 360
Advertisement
Description: Captain America: Super Soldier is a third-person, single player action-adventure game in which players take up the fight, as well as the shield of America's original comic book super soldier, Captain America. The game features an exciting blend of free-flowing combo based combat and acrobatic platforming against the backdrop of an original storyline set in the universe of the major motion picture release of the same name. Additional features include: the full list of Captain America's greatest villains and superior graphics that bring the adventures of the iconic hero to life.
Become Captain America, the ultimate Super-Soldier, in the darkest days of World War II as you face the Red Skull and his army in this epic third-person action adventure. Wield Captain America's legendary shield to take out multiple enemies at once, deflect incoming fire back at your enemies, solve puzzles, and scale walls. Above all, hurl yourself shield-first into the fray, with the superior force of the world's first Super-Soldier at your fingertips. Engage in free-flowing combat and acrobatic platforming to infiltrate Hydra's massive and mysterious castle complex and battle the infamous Iron Cross, the forces of Hydra, and a host of nefarious enemies serving the Red Skull in an all-new Captain America story and adventure. 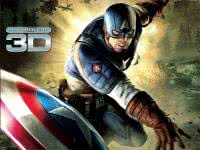 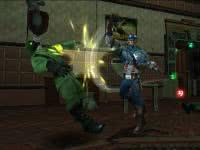 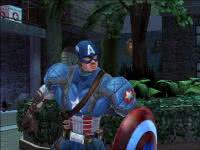 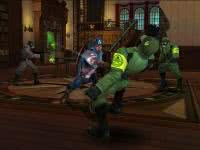 Reviews
This was a game for my little cousin he really liked the game and hes very thankfull that he got it.
By Keneth
Advertisement
Hot Games