Dora
Grand Theft Auto 3 (GTA3)
Advertisement
Description: The GTA 3 video game was the third in the Grand Theft Auto series of games and the first made in full 3D. GTA III is an action-adventure game. It combines elements of a car simulator and a 3D third-person shooter. The game differs from other series in the absence of multiplayer. But with the help of an amateur modification, Multi Theft Auto managed to make a multi-user mode.
Grand Theft Auto III was released in 2001 on the PlayStation 2, in 2002 on personal computers. On 15 December 2011 Rockstar Games released the mobile version of GTA 3 for tablets and phones.

Gameplay
Like the rest of the games in the Grand Theft Auto series, it has absolute freedom of action. The player performs illegal, criminal tasks that he receives from gang leaders. Missions can also get through telephone booths within the city. You cannot proceed to the next task without completing the previous one.
The user-driven hero can run, jump, fight, shoot, and control any kind of transport. You can also earn money doing illegal things: kill policemen, passersby, steal or blow up cars, etc.
Criminal offences attract the attention of legalists and increase the level of search. This indicator has the appearance of “stars” in the interface in the right corner of the screen. If there are more starts, the higher the wanted level. In GTA 3 there are in-game bonuses - a first-aid kit, a bribe to police officers, body armor and an adrenaline pill.
At the choice of the user in GTA 3 54 types of vehicles are there, including 4 boats and 1 plane. Ordinary cars, official transport is also involve - an ambulance and police cars, tanks.
There are also special cars that belong to members of criminal gangs. A radio is also present in the car, with which you can listen to the music of any direction and style.

Graphics
The main feature of the game is the presence of a realistic environment. The corrupt municipality of the City of Freedom. The developer of the game was able to create a detailed picture of a dynamic city. The streets are full of pedestrians and a variety of vehicles. Time passes, the sun rises and sets, the weather changes. You can drive a few miles and get to the skyscrapers that are now on the horizon.
The graphics and user interface is perfect, attractive, and easy to manage. Although the game seems like a copy of the console version, the visual effects are even a little cleaner.

Control
Button layouts proposed in the game are quite interesting. If you are not in the car, there is an analog stick to the left of the screen that controls the nature of the movement. Buttons to the right that control running, jumping, attack and other necessary actions. After entering the vehicle, the button layout changes. On the left side of the screen you have left and right arrow buttons that control your vehicle. Some action buttons on the right that control acceleration, braking, and much more. Also, there are several options that let you customize the button layout to suit you.

Conclusion
Grand Theft Auto III is a masterpiece of all time, which even after years has not lost its popularity. Many things are unique here - a city that will not repeat anywhere else. A lot of missions that will not have the same in the future, and much more. I recommend this game to you try! Definitely you will not regret it!
Hijacking, shooting, chasing, big money and complete freedom of action. All this is saturated with the new part of Grand Theft Auto 3 (GTA 3). If you have already played one of the parts. Then you can experience all the pleasant emotions from the game again. 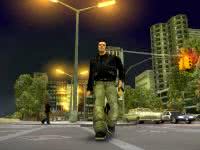 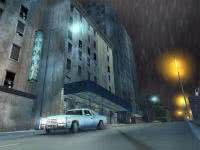 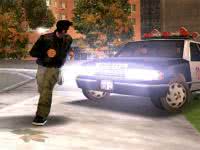 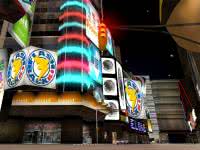