Dora
slither.io
Advertisement
Description: Slither.io is an online multiplayer video game developed by Steve Howse on April 30, 2016, for iOS. A few days later, the Android version landed to please the users of this platform. It took little time to spread the word about this fun online game. A revision of the classic Snake that gave a twist when proposing massive games with a more agile mechanics and accessible to all.
This is an online game; you play this game against other online players. You will control a snake. If its head touches another snake, you will die. But if other snakes run into you, then he will disappear, and you will eat all their dots.
Gameplay
The player controls a warm, who eats multicolored dots in the game to grow in size. The goal of the game is to become the Longest Snake in the server. You kill other players by getting them into other snakes. Which causes the players to die and leave behind all the "dots" the player has eaten. You can then eat them up and stay as long as they have been. You move faster by double-tapping the touch screen on mobile. But at the same time, decreases in length and size as the "dots" that the player eats slowly leaves the Snake. And creates a trace of dots behind the player that other players can then eat up.
Controls
The controls are straightforward. On mobile, double-tap the touch screen. The player gets a small speed boost that makes the avatar fast. When you release the finger on the touch screen, the avatar stops using the lift. When you use the help, the avatar decreases his size and lose some mass. The mass appears as a line of small dots where the boost was used. It is like the dropped dots of defeated worms. You can also eat these dots. A basic approach that players use to beat their enemies is for the player's worm to circle the enemy in a loop. Until the opponent stops paying attention to you and then jump on the head and kill it completely. If you are small, you can follow a giant worm and wait for it to die so you can eat the food that appears through it.
Graphics
Your hose can give you a new look in the form of skins. The standard coats consist of beautiful colors, patterns, and even a one-eyed version of your hose. The levels you play are massive, and you will encounter a lot of players, and there is enough energy to eat. The game has high-quality graphics. The appearance is quite charismatic.
Over time Slither.io developed new skins for your Snake. Also, the game allows you to customize your snake skins. Something entertaining so you don't always get bored the same.
Conclusion
Slither.io iOS is a viral multi-platform online game. It is not difficult but challenging for sure. If you are persistent and looking for a fun game to play, slither.io might be for you. 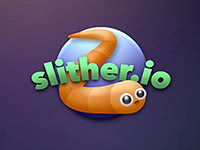 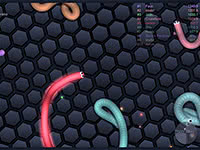 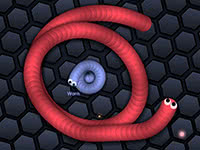 Reviews
I like this game,I never really played this game but I watched this game and it looks cool to me.
By Jennifer E Humphrey
This is the best game in the world because everyday I get up and hide and play the game
By Xin Ying Chen
I love dis game UwU ★★★★★
By Trinity
I love this game.I wish I could be able to play the game.
By Stephany
I wish I could enter a single room and play solo.
By J. Angel
It's easy to play! Fun game.
By Ancheta
I give slither.io should be 5 stars, because it's cool.
By Aj
Slitherio is a game that you are slid around and you have to get other worms. and you will get bigger and bigger.
By Mia
See All Reviews
Advertisement
Hot Games